A collection of lighthouse photos taken over the past few years.

VIEWING OPTIONS: To enlarge images, click on the featured image below. For full-screen images, view in slideshow mode by clicking on the arrow to the right.

For the EXIF, click beneath each photo.
Read More 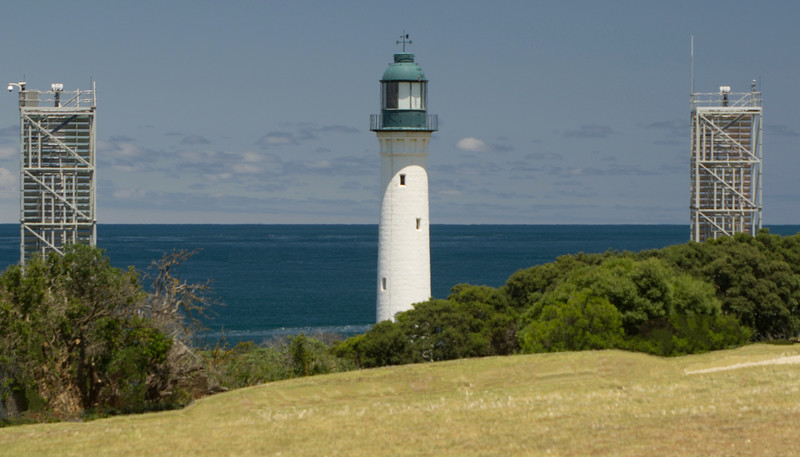 The white lighthouse at Queenscliff, also known as the Lower Lighthouse, was built 1862 to replace an earlier wooden lighthouse erected in 1853. It is built of the same bluestone that was used to build the Black Lighthouse but was painted white to distinguish it in daylight.

The new light was built in conjunction with the White (Low) Lighthouse and therefore had many similarities in design. The lamps and housings were manufactured by Chance Brothers in England. The light was converted to gas in 1890 and later converted to electricity in 1924.

The lighthouse forms the front, or low, of a system of lights that gives mid-channel direction when in line with the High Light.

The light, automated, is now unmanned.